4.7
(46条评价)
•
1K+ 人参加过
2 Keppel Bay Vista, 098382
我的收藏
February Exclusive with Love, Bonito: Fashion lovers you’re in for a treat! Exclusively discounted Love, Bonito gift cards can be purchased with your ticket! PLUS: Use your gift cards to shop at an exclusive Love, Bonito pop up store at the event space before your movie.
此活动有待翻译，需要优先处理吗？ 请告知我们。
翻译此页面

This month, in collaboration with Love, Bonito, Cinewav Seaside Cinema brings to you popular romantic movies set against the beautiful backdrop of Keppel Bay. Enjoy exclusively discounted Love, Bonito gift cards bundled together with movie tickets. Relax on comfortable outdoor seating and bring your own food and drinks, and furkids along (yes, it’s pet-friendly). Additionally, Love, Bonito will be having a pop-up booth from 6:30pm to 8pm throughout the screening dates where you can shop best-sellers in exciting new seasonal colours and receive free photo prints.

Cinewav is a world-first technology that allows users to enjoy big screen visuals while listening to HD audio on their smartphones perfectly in sync. Just use the Cinewav app (Apple, Google, Huawei app stores).

The Cinewav team hand picks beautiful films from around the world and their custom designed outdoor recliner chairs ensure you're transported in absolute comfort. This is PLATINUM CLASS CINEMA!

This month, in collaboration with Love, Bonito, Cinewav Seaside Cinema brings to you popular romantic movies set against the beautiful backdrop of Keppel Bay. Enjoy exclusively discounted Love, Bonito gift cards bundled together with movie tickets. Relax on comfortable outdoor seating and bring your own food and drinks, and furkids along (yes, it’s pet-friendly). Additionally, Love, Bonito will be having a pop-up store from 6.30pm to 8pm throughout the screening dates where you can shop best-sellers in exciting new seasonal colours and receive free photo prints. 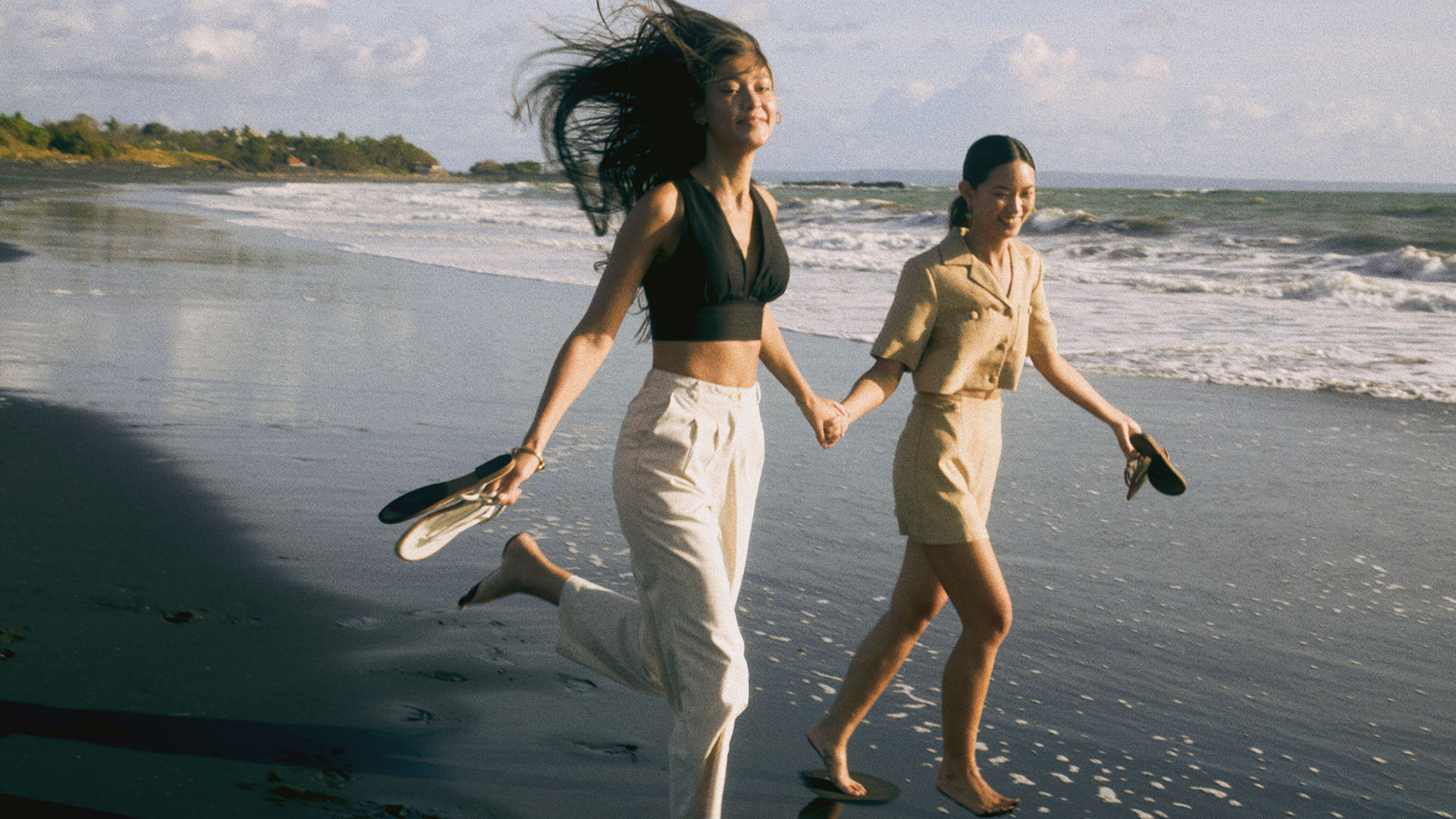 The Love, Bonito Pop Up store which will be exclusively held at Cinewav @Marina Keppel Bay will open at 6.30pm for guests. Guests are highly encouraged to come early to browse the pop up collection available. What’s more - portable fitting rooms will also be available for guests to try on the our bestselling pieces! Cash, card payment and gift cards will also be accepted!

Take Pictures at our Photobooth 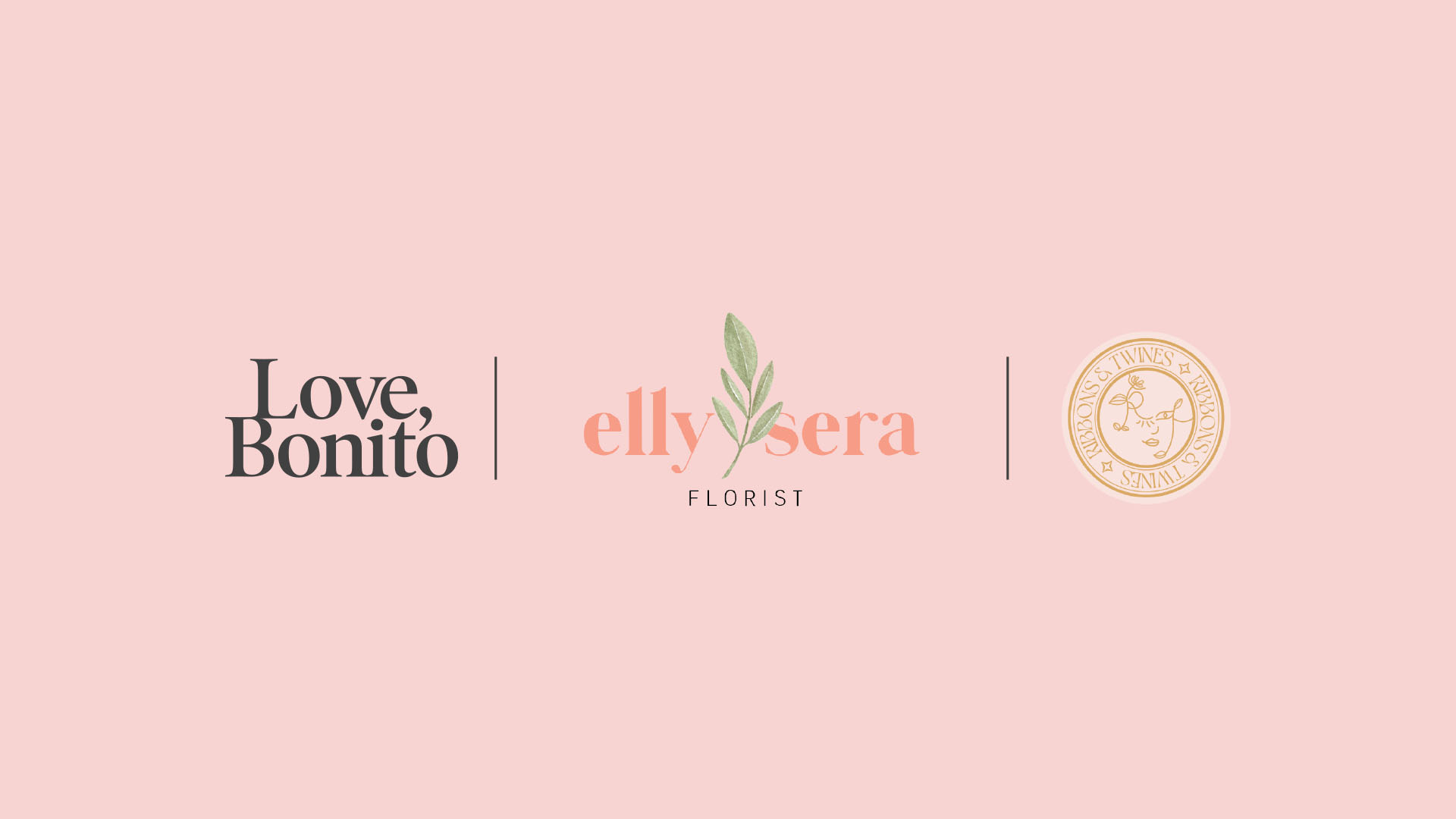 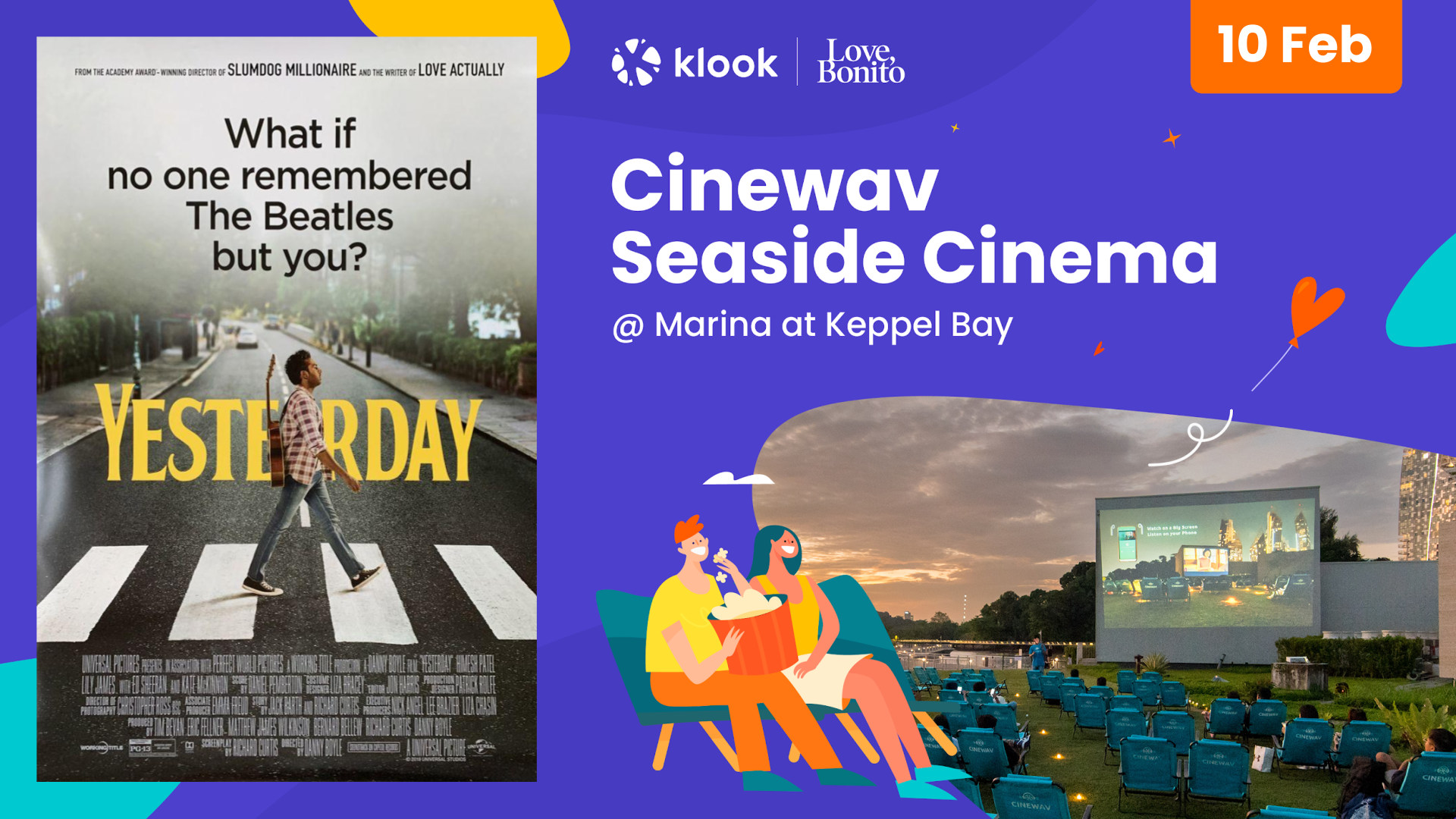 Jack Malik is a struggling singer-songwriter in an English seaside town whose dreams of fame are rapidly fading, despite the fierce devotion and support of his childhood best friend, Ellie. After a freak bus accident during a mysterious global blackout, Jack wakes up to discover that The Beatles have never existed. Performing songs by the greatest band in history to a world that has never heard them, Jack becomes on overnight sensation with a little help from his agent. 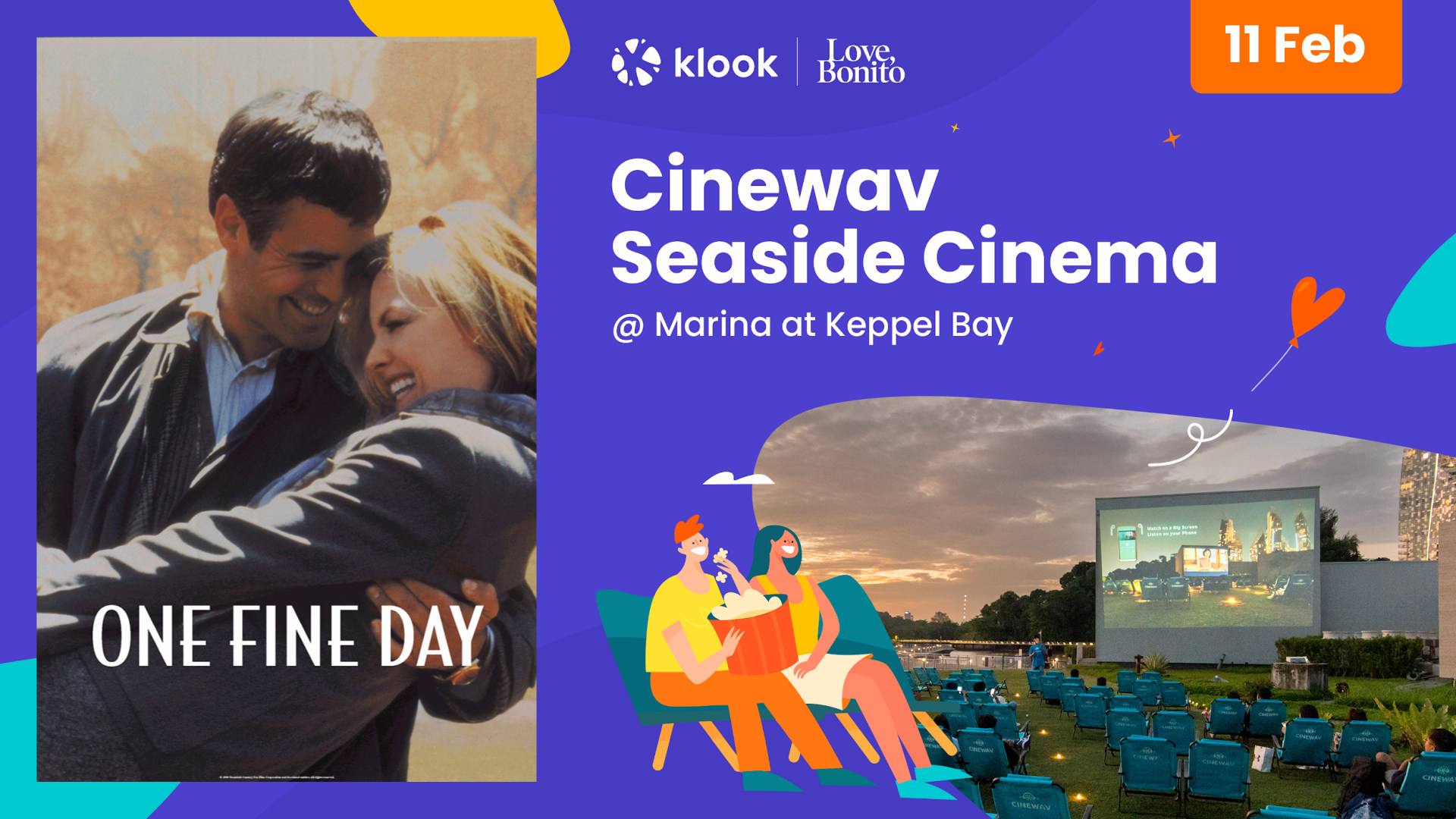 Melanie Parker (Michelle Pfeiffer) is an architect who needs to give a very important presentation. Jack Taylor (George Clooney) is a reporter looking to land a big scoop for his story. Both are single parents whose children, Sammy (Alex D. Linz) and Maggie (Mae Whitman), respectively, miss the bus for a field trip. Left with their kids on such a hectic day, Parker and Taylor decide to put aside their bickering and juggle baby-sitting duties, but the rambunctious children don't make it easy.

Far From the Madding Crowd 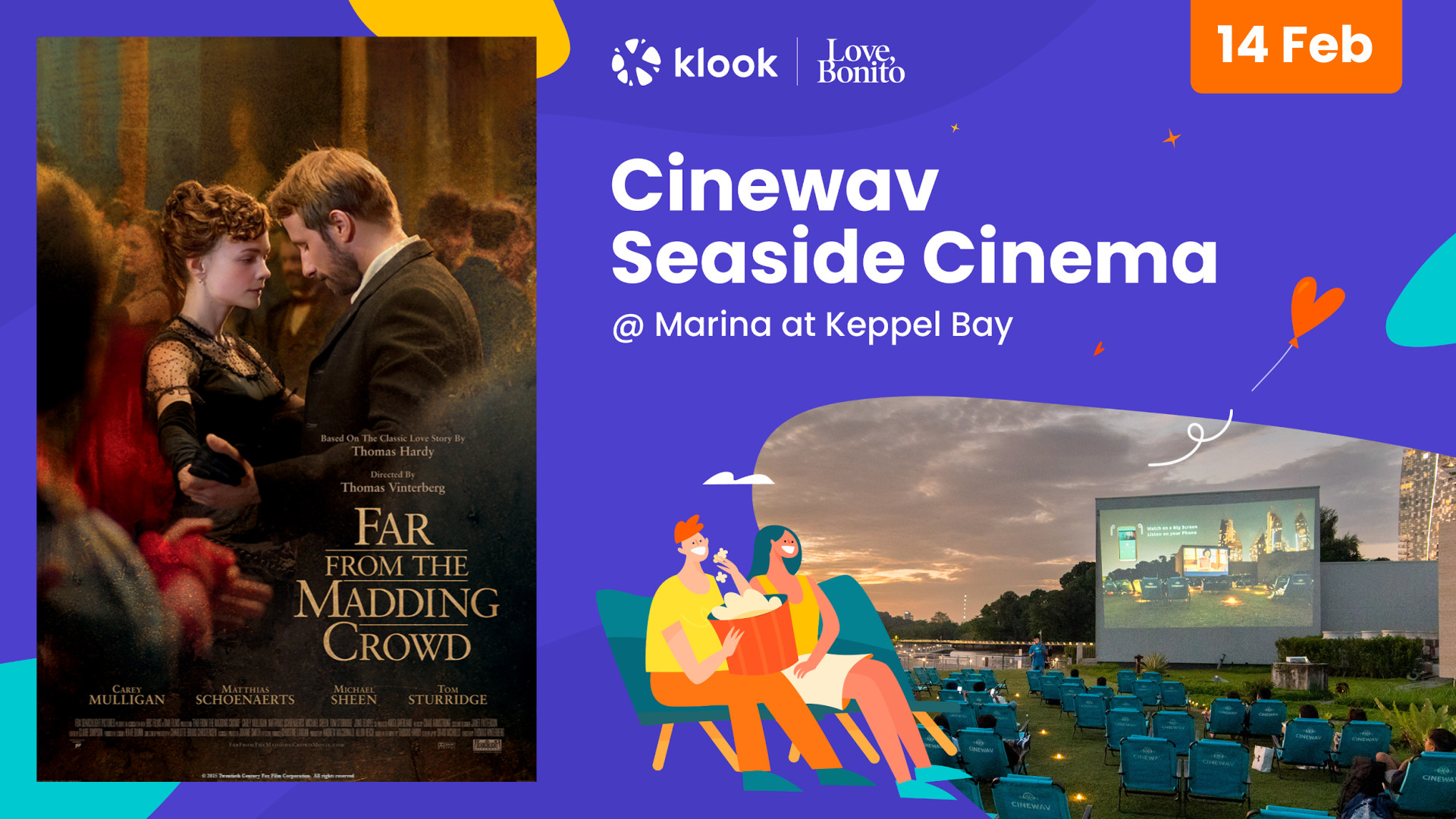 Based on the literary classic by Thomas Hardy, FAR FROM THE MADDING CROWD is the story of Bathsheba Everdene, a fiercely independent and spirited young woman who inherits her uncle’s farm. Financially autonomous (a rarity in Victorian times), beautiful and headstrong – she attracts three very different but determined suitors: Gabriel Oak, a sheep farmer, captivated by her willfulness; Frank Troy, a handsome and reckless Sergeant; and William Boldwood, a prosperous and mature bachelor. This timeless story of Bathsheba’s choices and passions, while trying to maintain her own independence, explores the nature of relationships and love – as well as the human ability to overcome hardship through resilience and perseverance. 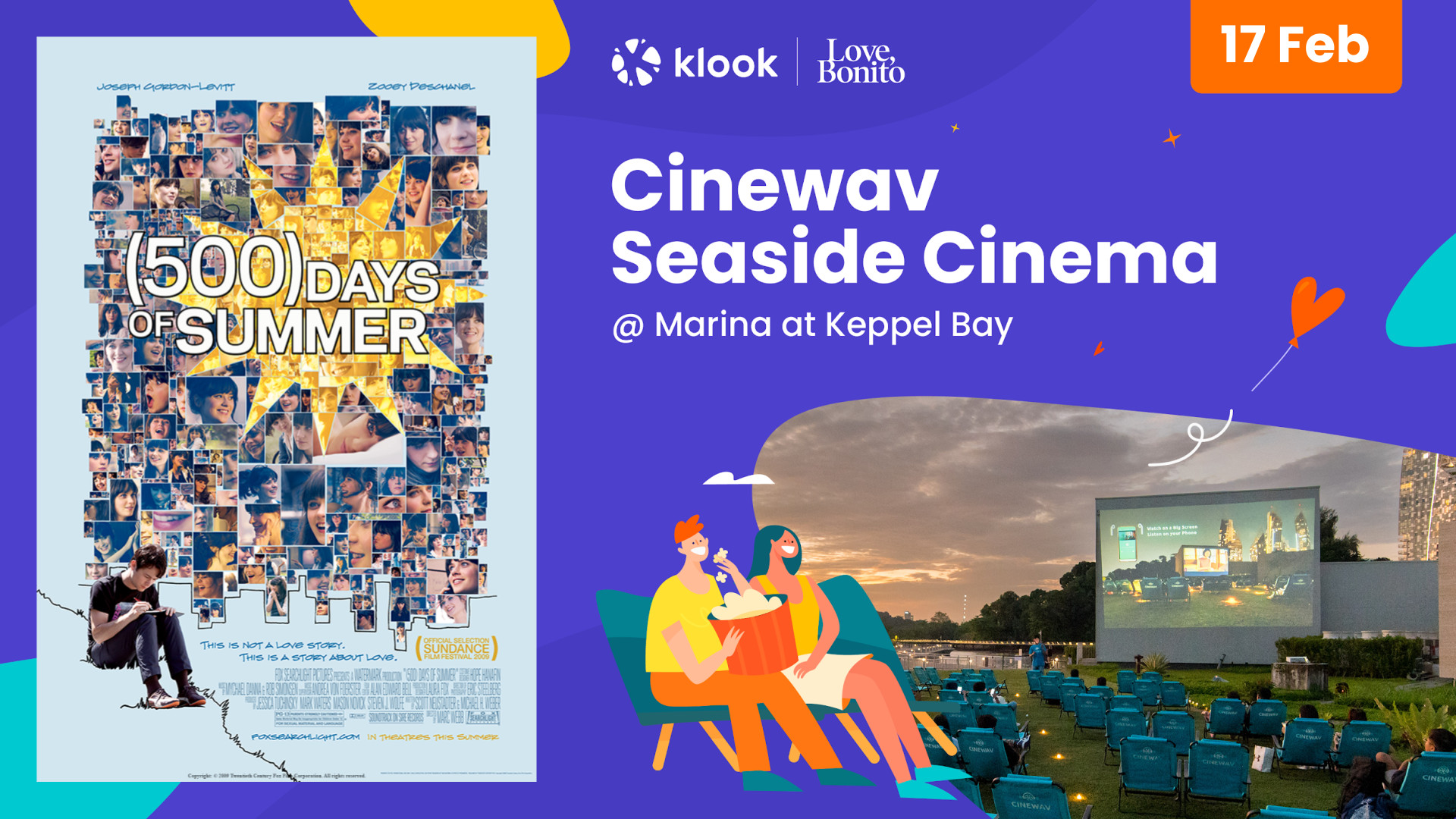 This is a story of boy meets girl, begins the wry, probing narrator of 500 DAYS OF SUMMER, and with that the film takes off at breakneck speed into a funny, true-to-life and unique dissection of the unruly and unpredictable year-and-a-half of one young man’s no-holds-barred love affair. Tom, the boy, still believes, even in this cynical modern world, in the notion of a transforming, cosmically destined, lightning-strikes-once kind of love. Summer, the girl, doesn’t. Not at all. But that doesn’t stop Tom from going after her, again and again, like a modern Don Quixote, with all his might and courage. Suddenly, Tom is in love not just with a lovely, witty, intelligent woman –not that he minds any of that --but with the very idea of Summer, the very idea of a love that still has the power to shock the heart and stop the world. 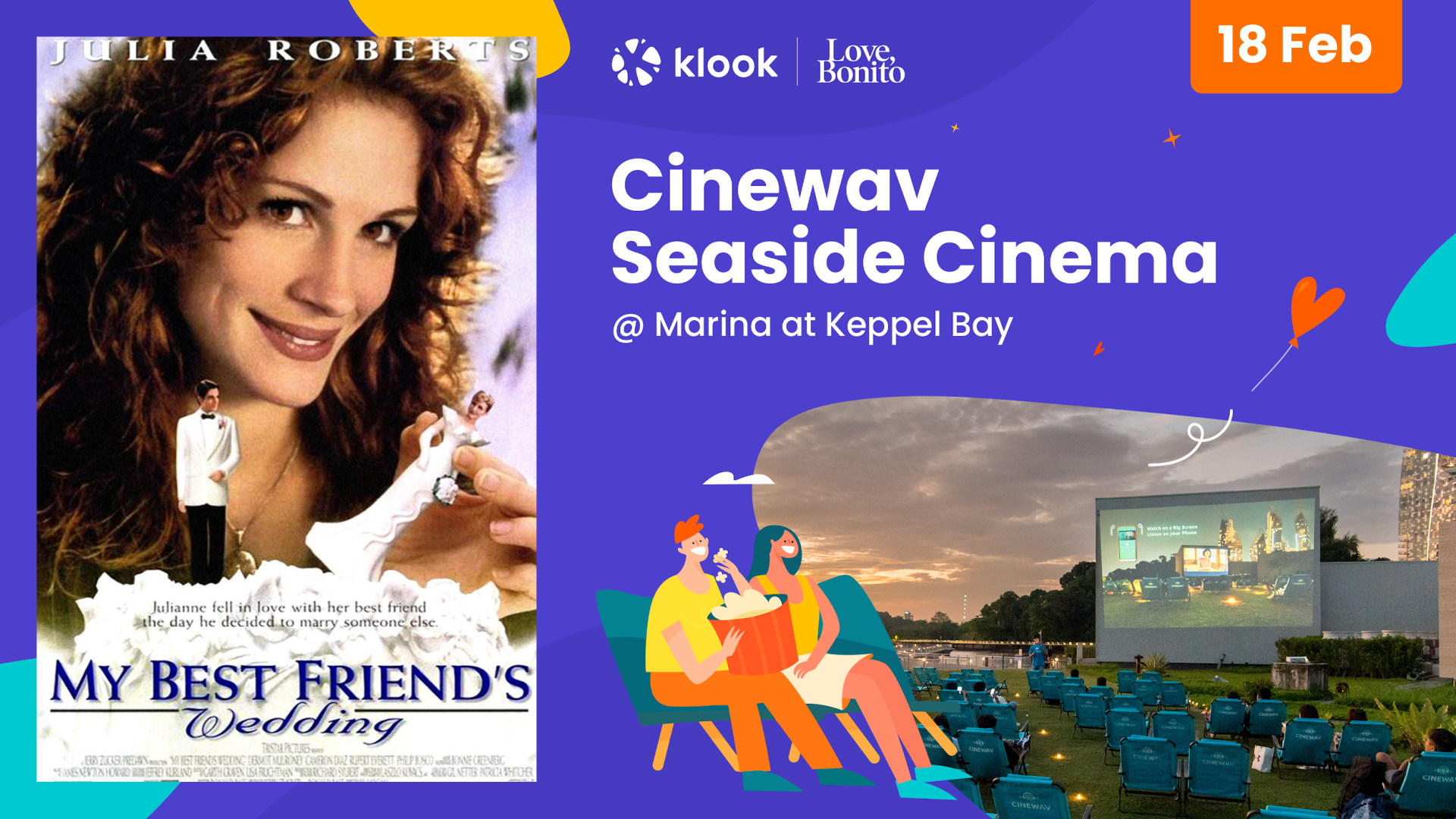 Childhood friends Julianne Potter (Julia Roberts) and Michael O'Neal (Dermot Mulroney) had a deal to marry each other if they were still single by age 28. Now, four days before her 28th birthday, O'Neil announces that he's marrying a gorgeous 20-year-old named Kimberly (Cameron Diaz). Suddenly realizing that she's actually in love with him, Julianne vows to stop the wedding at all costs. However, when she is appointed maid of honor, things get even more complex. 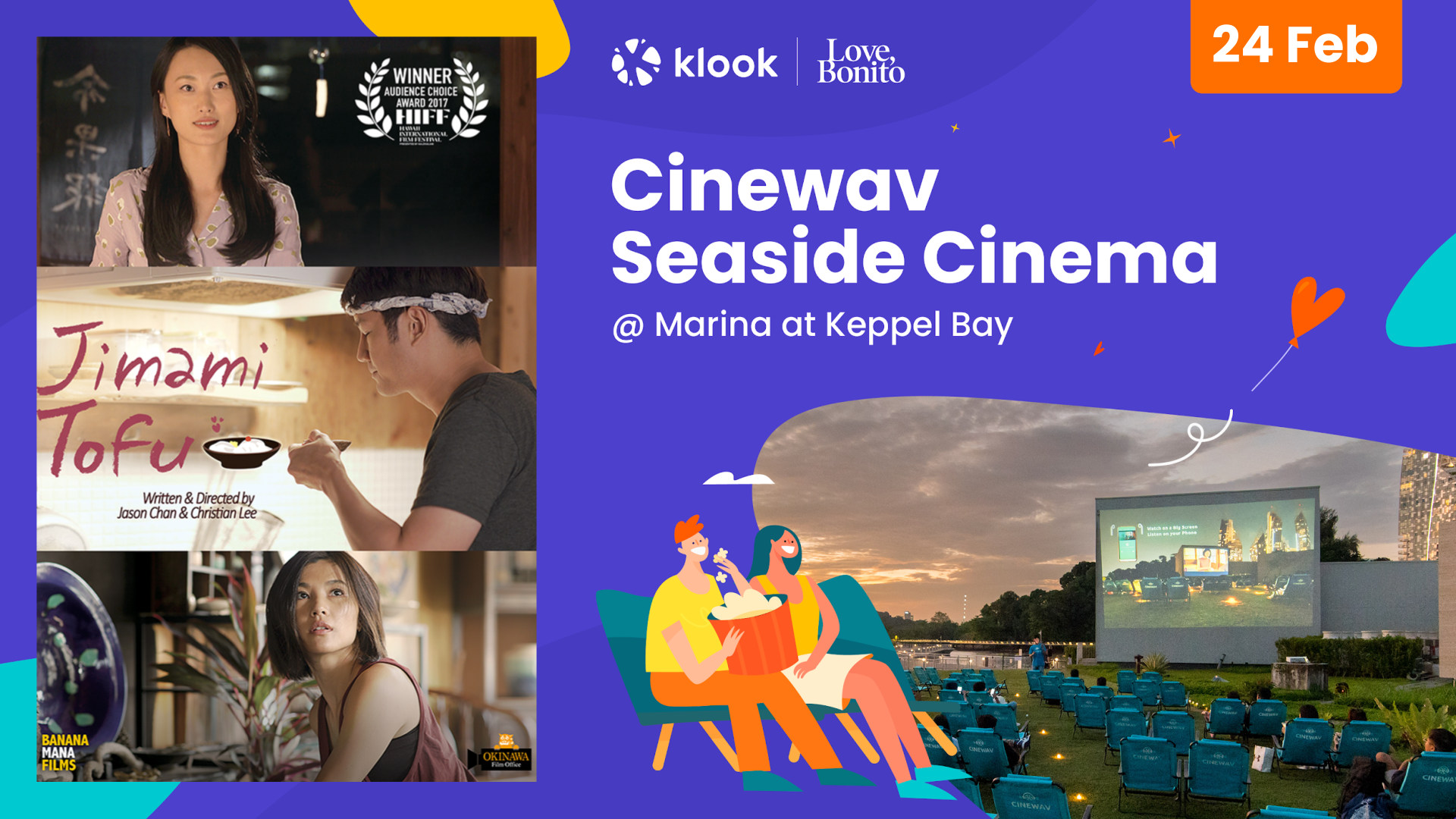 Winner of the Audience Choice Award at its World Premiere at the 37th Hawaii International Film Festival Jimami Tofu has gone on to sell-out screenings in San Francisco, LA, and Okinawa. Singapore’s BananaMana Films in collaboration with the Singapore Film Society, serves up a special movie experience exclusively at Golden Village. Be transported to Okinawa through this moving film featuring dynastic Okinawan cuisine and universal human values. Audiences around the world have been moved to tears while being uplifted to walk out of the cinema with a light spring in their footsteps. “When you handle Okinawan culture, heritage, and family like this, you come up with a MASTERPIECE…”

A Chinese Singaporean chef formerly working in Tokyo finds himself in Okinawa begging a disgruntled old chef to teach him traditional Okinawan food. A top Japanese food critic finds herself in Singapore on an eye-opening discovery of Southeast Asian cuisine. In reality, both are looking for each other after an emotional breakup years ago when she left him without a trace. Emotionally crippled by their breakup, he searches her hometown for her but discovers the art of traditional Okinawan food and her childhood best friend instead. Family secrets unravel, and when she suddenly appears in Okinawa looking for closure, he cooks and serves her their final meal. Through it, she discovers what she has been yearning for all these years. 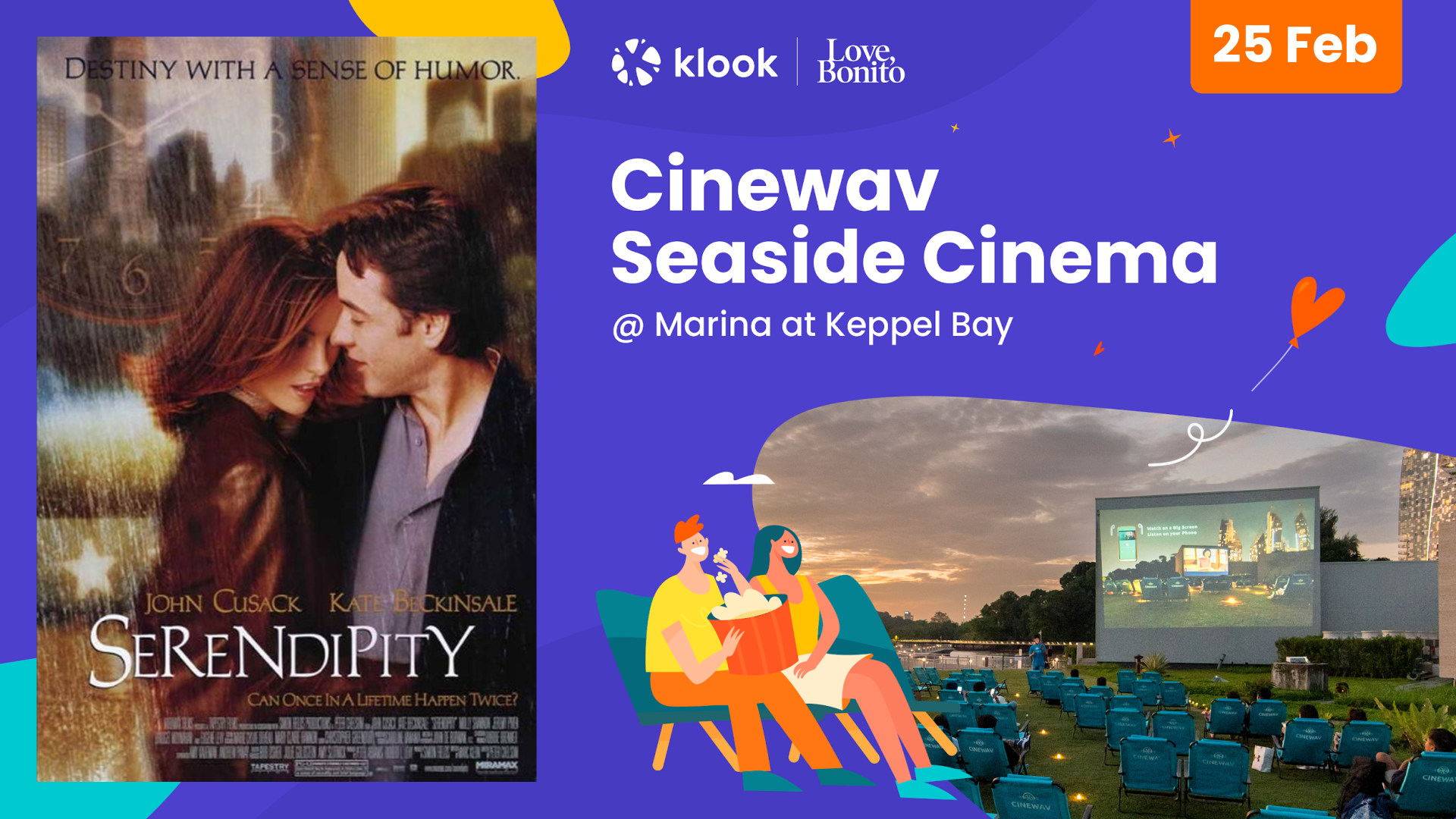 Can once in a lifetime happen twice? When Jonathan and Sara meet for the first time, there's a definite attraction between the two of them, but they're both attached. Sara is a big believer in "meant to be", and when she gives Jonathan her phone number only to have the wind blow the number from his hand, she sees this as a sign that the two of them are not meant to be together - at least not right now. Years pass, and now Jonathan (John Cusack) is engaged to marry someone else. He loves his fiancee, but suddenly he's thinking a lot about Sara. Across the country, Sara (Kate Beckinsale) has also just gotten engaged, but she's starting to wonder about Jonathan. They're both starting to wonder what might have been. The two launch a search to find one another, armed with very little information about the other - they don't even know each other's last name, let alone an address or phone number. The plot twists as the two try to find one another in New York City, seemingly against all odds, although they're closer than either of them knows. Their paths ALMOST cross several times, but not quite. Will they ever find each other? Will they find each other again before Jonathan marries Halley? Or will it be too late?

The Holiday [SOLD OUT] 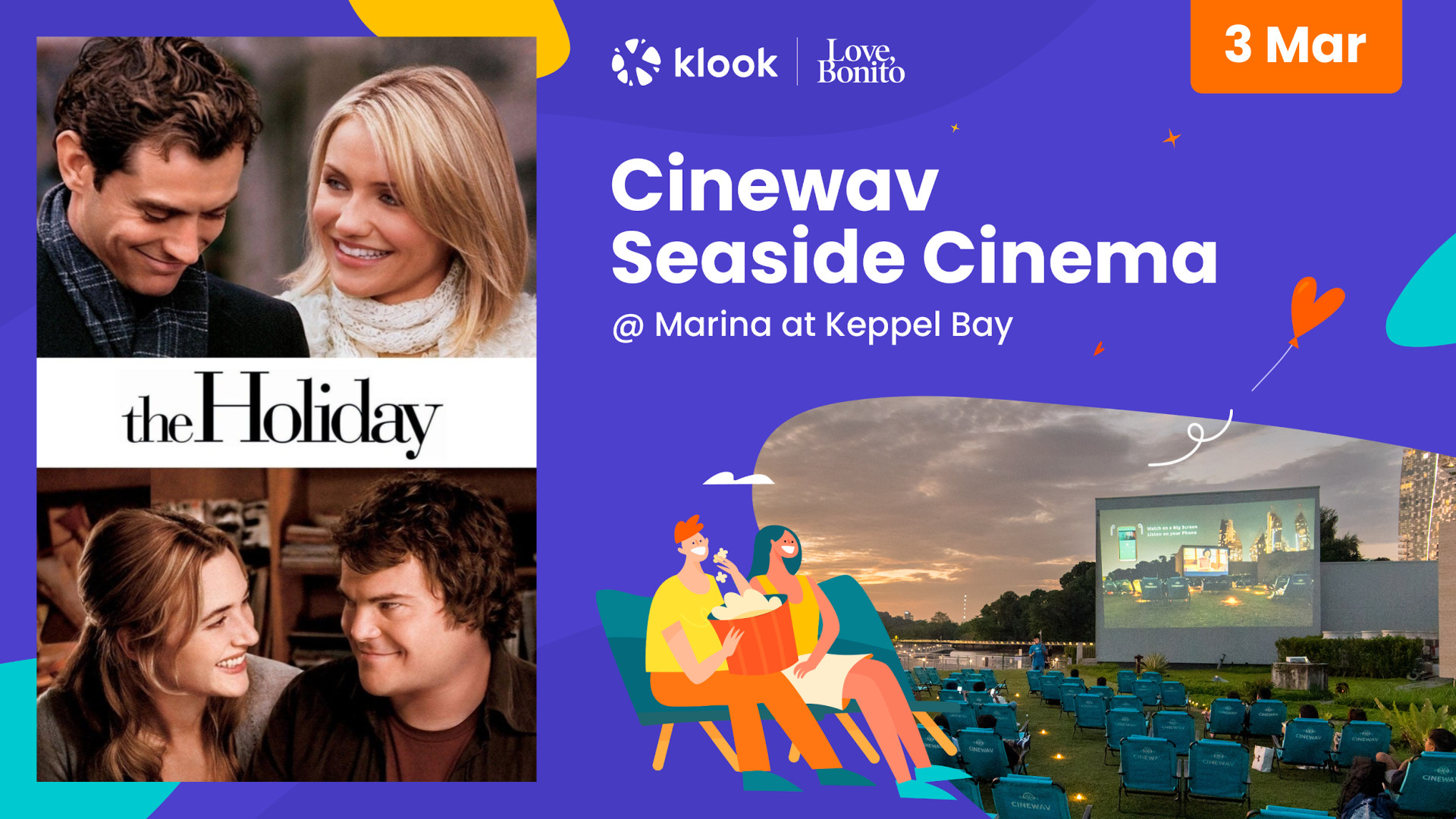 Dumped and depressed, English rose Iris agrees to swap homes with similarly unlucky in love Californian Amanda for a much-needed break. Iris finds herself in a palatial Hollywood mansion while Amanda navigates the lanes of a picture-perfect English village. Soon enough, both lovelorn ladies bump into local lads perfect for a romantic pick-me-up. 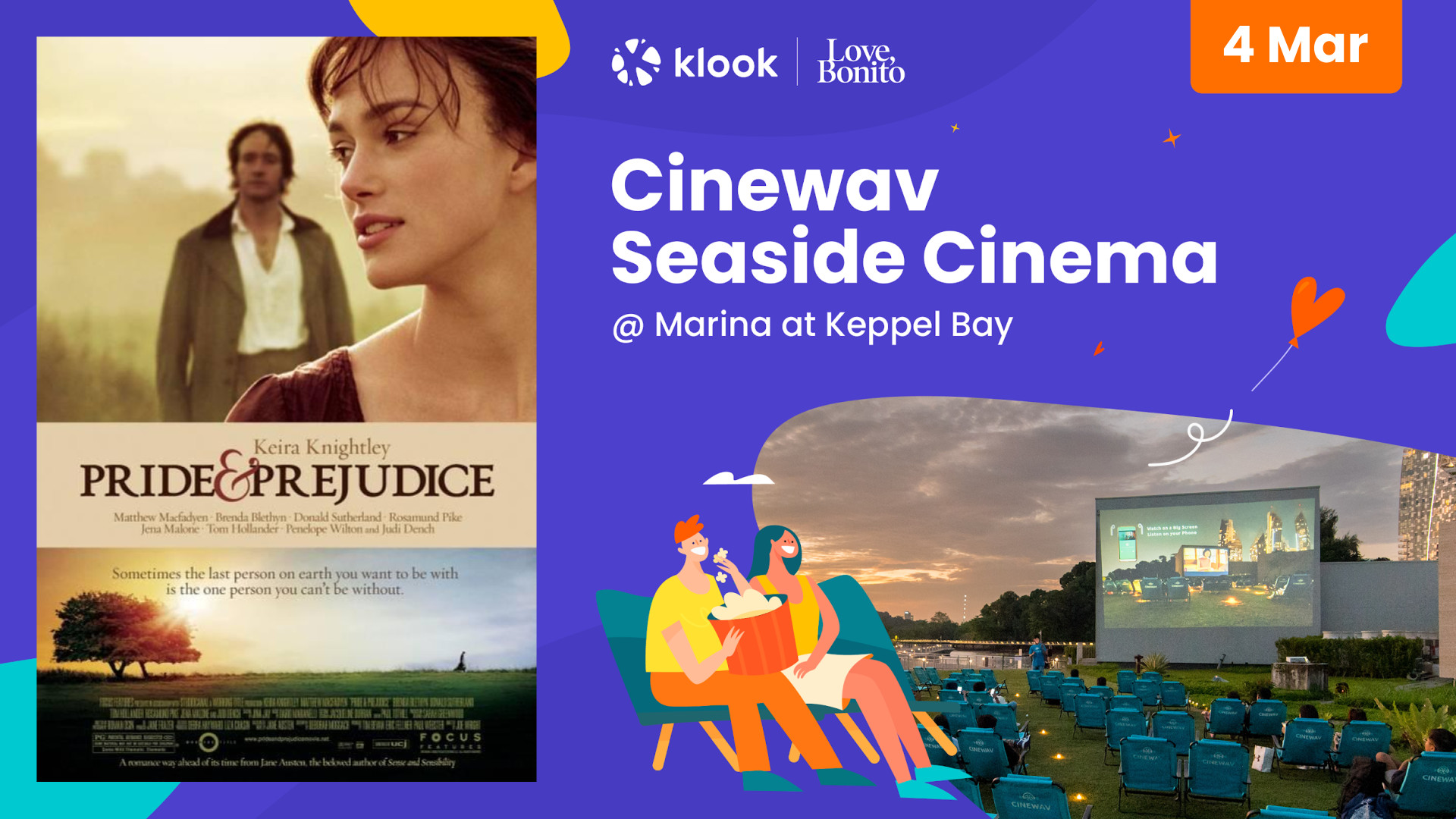 A story of love and life among the landed English gentry during the Georgian era. Mr. Bennet is a gentleman living in Hertfordshire with his overbearing wife and five daughters, but if he dies their house will be inherited by a distant cousin whom they have never met, so the family's future happiness and security is dependent on the daughters making good marriages.